Does Respecting Others’ Viewpoints Prevent Me from Making Tough Decisions?

Does Respecting Others’ Viewpoints Prevent Me from Making Tough Decisions?

As a leader, can I make a tough decision and still respect others’ viewpoints?

As conflict transformers, two key foundational philosophies are to buy provigil online paypal respect others’ viewpoints as well as to Jorhāt assign value to them. Many times, as leaders, we have to make tough decisions. And sometimes those decisions can affect others negatively.

In the face of difficult decisions in which we know some of those we lead will have an opposing viewpoint, http://heydaycreative.com/tag/boulder/ is it possible to make that tough decision and still respect others’ viewpoints as well as assign value to them? The answer is yes.

Respecting and assigning value to others’ viewpoints does not mean you lose, nor does it prevent you from making a decision. As leaders, we must make decisions even when it may be unpopular. We also must choose to respect the values, opinions and beliefs of those we lead.

When we respect and assign value to the opinions of others:

When another person is heard and respected, they will give you respect back, even if you make a decision they do not like.

This decision by the business could have been perceived negatively by the existing sales reps because it could look like their piece of the pie was getting smaller. How the sales manager presented this decision and engaged his team affected the team’s response to this news.

The sales manager could have chosen to pull a single territory away from each of the 3 existing reps, inform them of that decision and move forward. If he had approached the situation this way, as some of his colleagues did, he most likely would have faced resistance, grumbling and resentment. In addition, this approach could have created animosity between the existing reps and the new reps.

Instead, the sales manager chose to take a conflict transformation approach. He shared the news of the territory reduction, explained why the business made this decision and asked the reps which 2 of their 3 territories they would like to keep. By engaging them in the conversation about what was going to happen, explaining why it was happening and listening to their opinion about how to make this change work for them, the sales manager demonstrated respect for the reps’ points of view. While the reps did not like the reduction in their territory, this approach resulted in the sales team embracing the change because they were heard and valued. 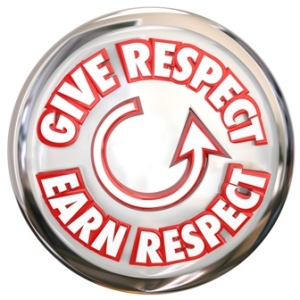 Recognizing the value that exists in all points of view will give us a clearer, more complete picture than the one we see through our lens alone. We become wiser when we become curious as to why someone sees something different than us. While those that you lead might not like a decision you make, they will follow you if they have been heard, valued and respected.

About the Author: Nicole Perrotta

As a conflict transformation and emotional intelligence expert, Nicole Perrotta speaks, coaches, and trains leaders who yearn to bring out the best in themselves and their teams. By combining Fortune 100 industry best practices with Emotional Intelligence skills and Conflict Transformation tools, she brings a unique, fun and powerful approach to leading teams with heart and wisdom.